Ngob is not a hat 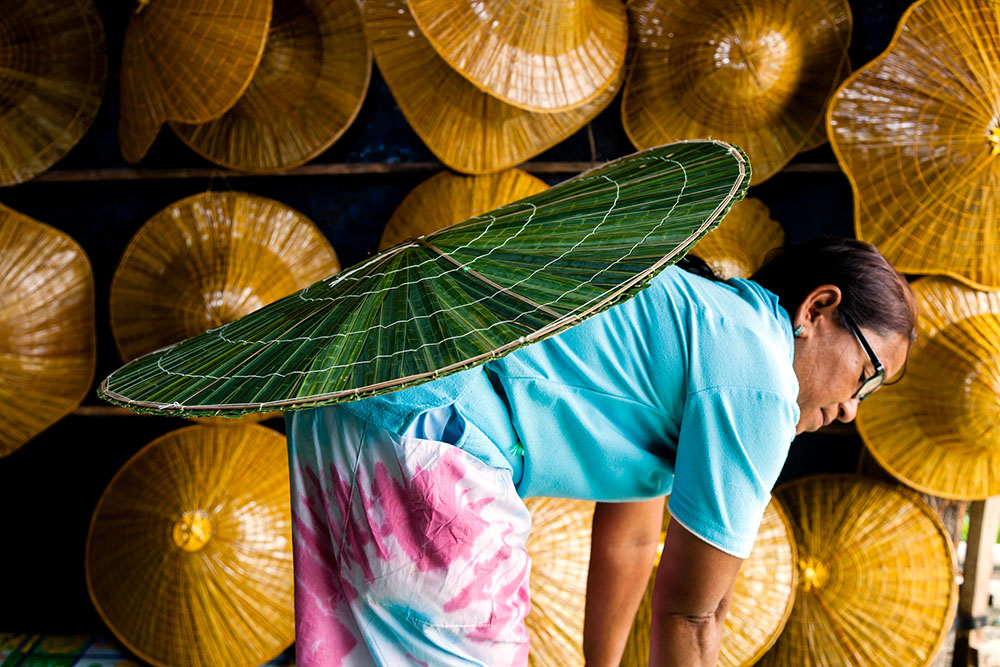 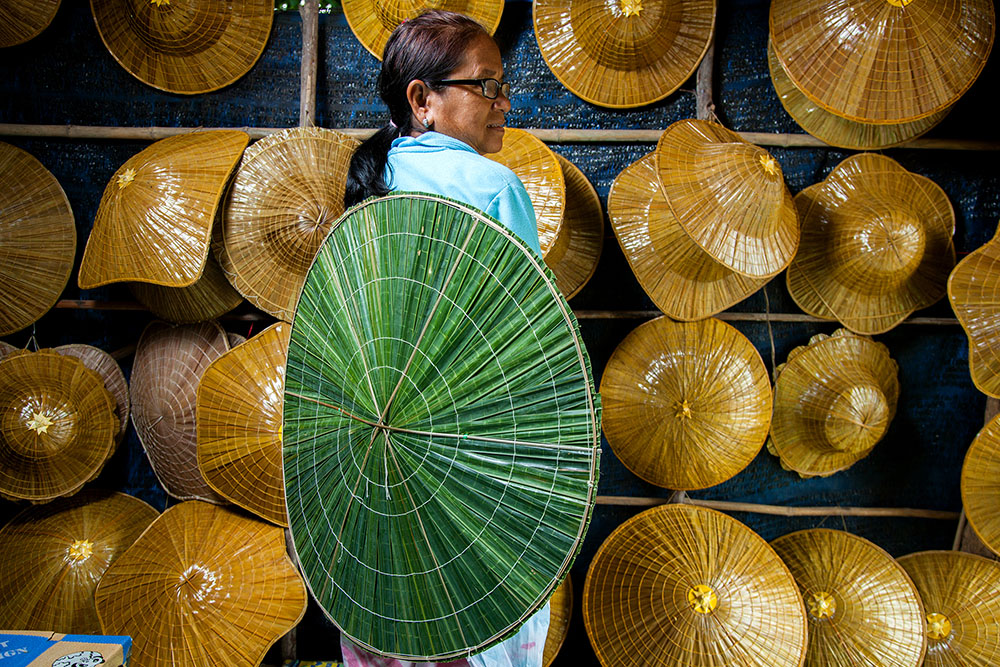 Traditional Ngob for the farmer wearing to protect the sun during rice farming.
It is not a hat

The characteristics of Trat’s Ngob : the front of this Ngob is a pointed-oval shape like triangle, with wings extended to the rear. The shape of this Ngob is a traditional Ngob that suitable for wearing in rain and wind. This Ngob has slope for rain water to flow easily and no wind resistance. For the tail wing that extends to the rear to prevent rain water not to wet the wearer. Currently, It is rarely seen traditional ngob like this. Another shape of Ngob that Trat people called “Muak Bai Chak” or nipa palm leaf hat, because it made of Nipa palm leafs that sew together as a hat for covering rain and wind. However, general people called it “Ngob Nam Chiaw”, as it made by famous OTOP product of Ban Nam Chiaw village, Laem Ngob district in Trat province1. Nowadays, Ngob Nam Chiaw hat have been developed into variety of shapes as follows;

Inverted frying pan Ngob is a general purposed Nipa palm leaf hat. Because, It not only used for protecting from the sun and rain, it can also use other, such as when flipping up the hat, to be as a container and can float on water. 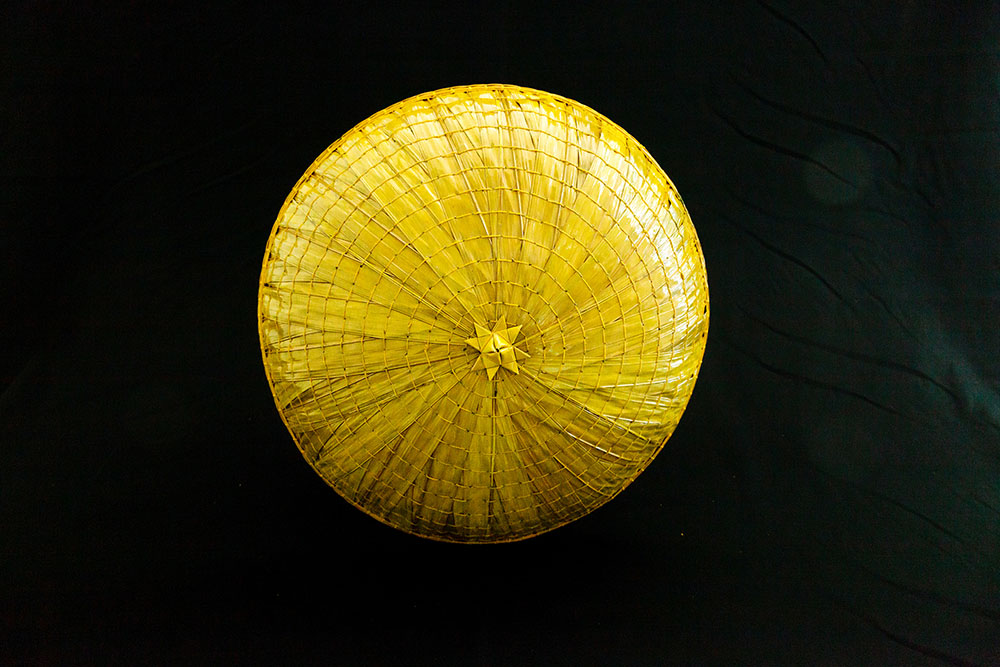 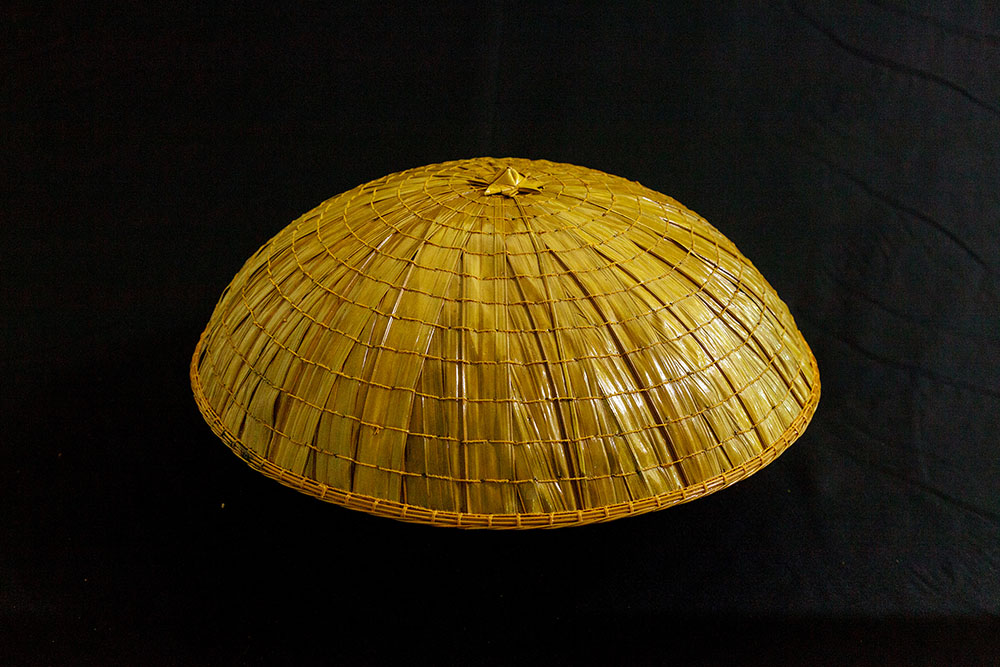 Turtle-shell Ngob is a Ngob with the curved wings as Turtle-shell shape. It suitable for farmer, because of the curved at front panel allows direct visualization and the concave at rear allows easy to tilt during transplant rice seedlings. 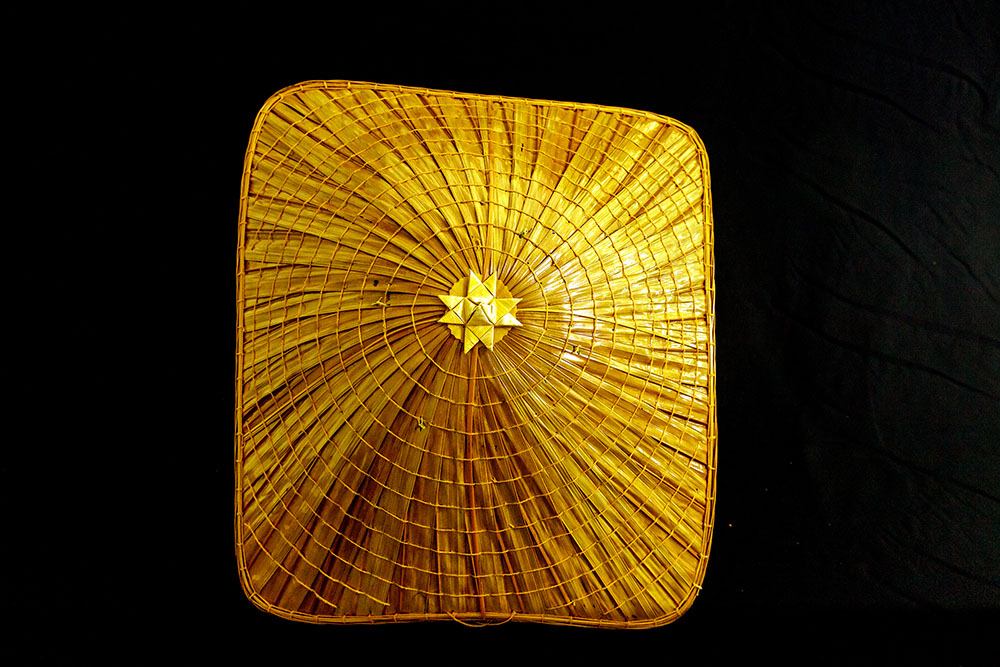 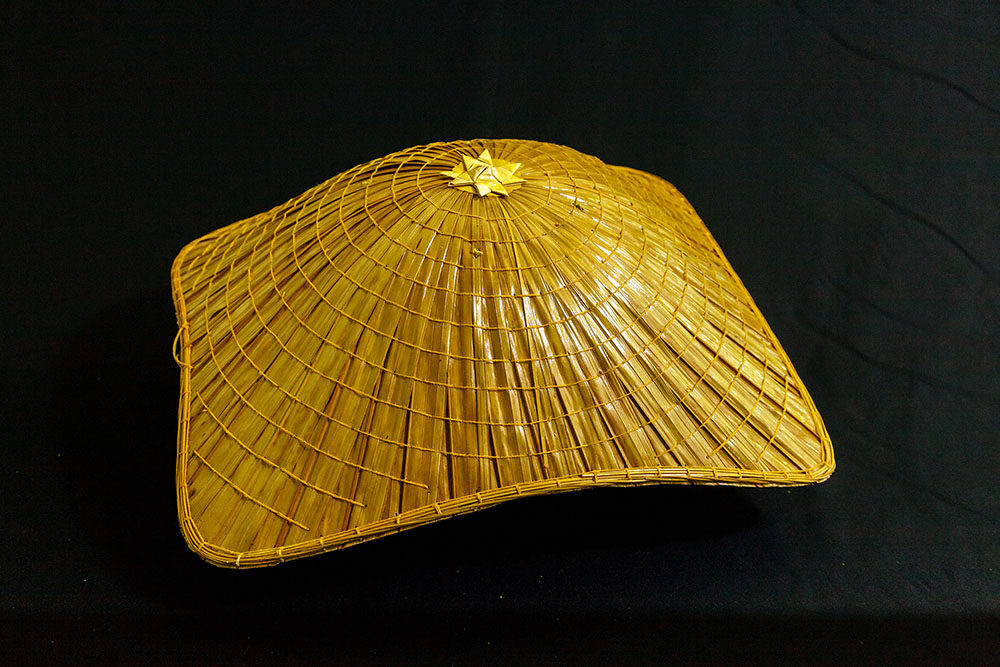 The pinnacles Ngob is a pointed cone style with a wide mouth. It suitable for gardeners as its easy cooling the heat, a wide side wings of the hat use to prevent branches. 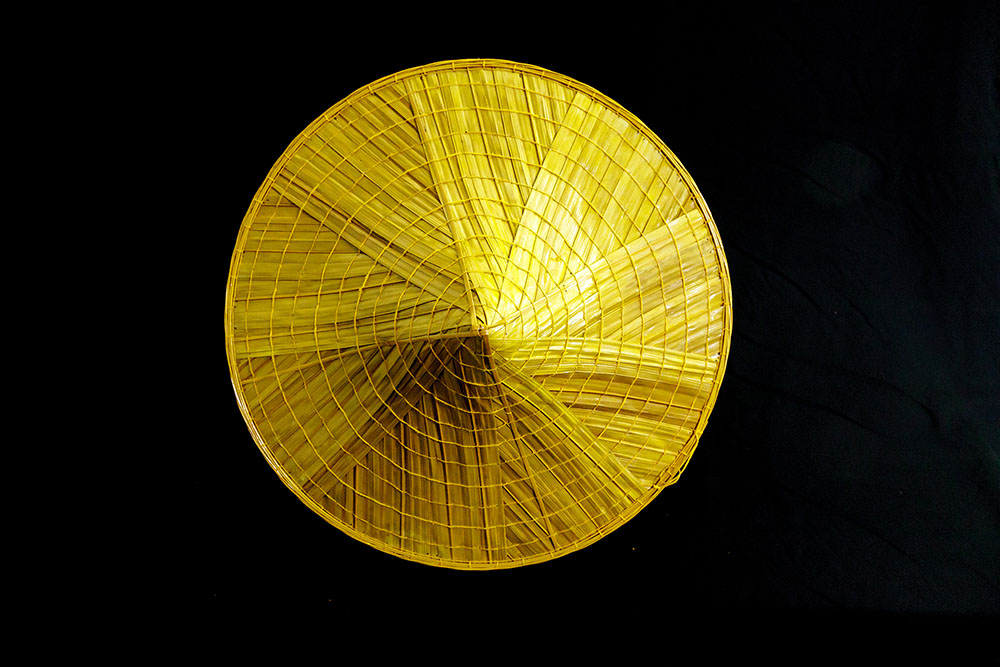 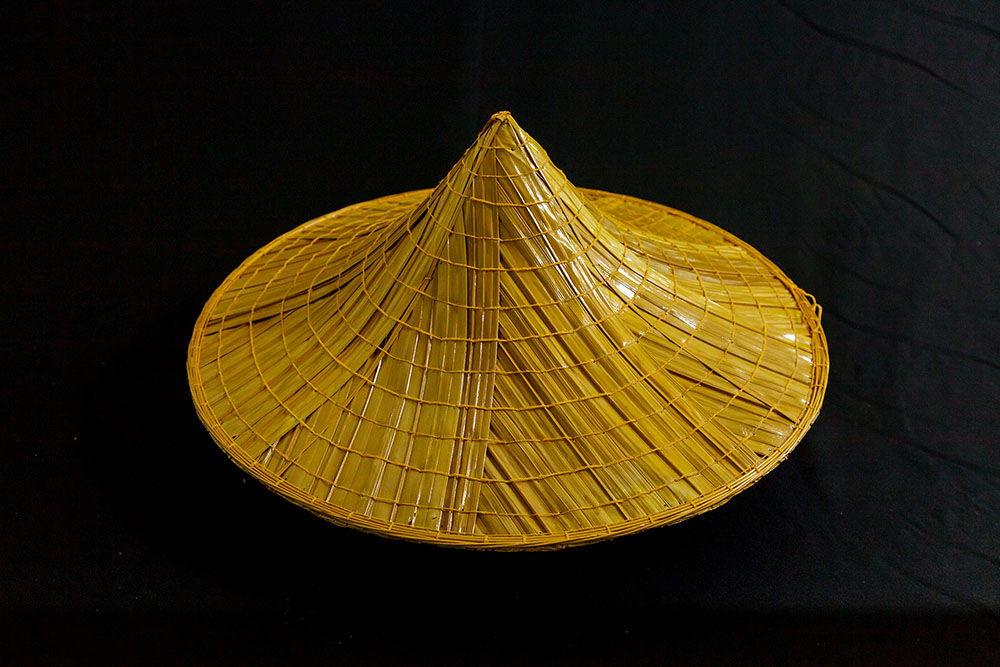 Somdej styled Ngob : there was a history when Her Royal Highness the Princess Mother and Her Majesty Prince Kalayaniwattana Krom Luang Narathiwat leading mobile medical units to visit the people of Trat province, at the Din Daeng District, Ban Laem on 24 November 1981, the Ban Nam Chiaw farmers' housewives group have taken the hat from which they had designed presented to Her Royal Highness, which was conferred the shape name of the hat as Somdej style. 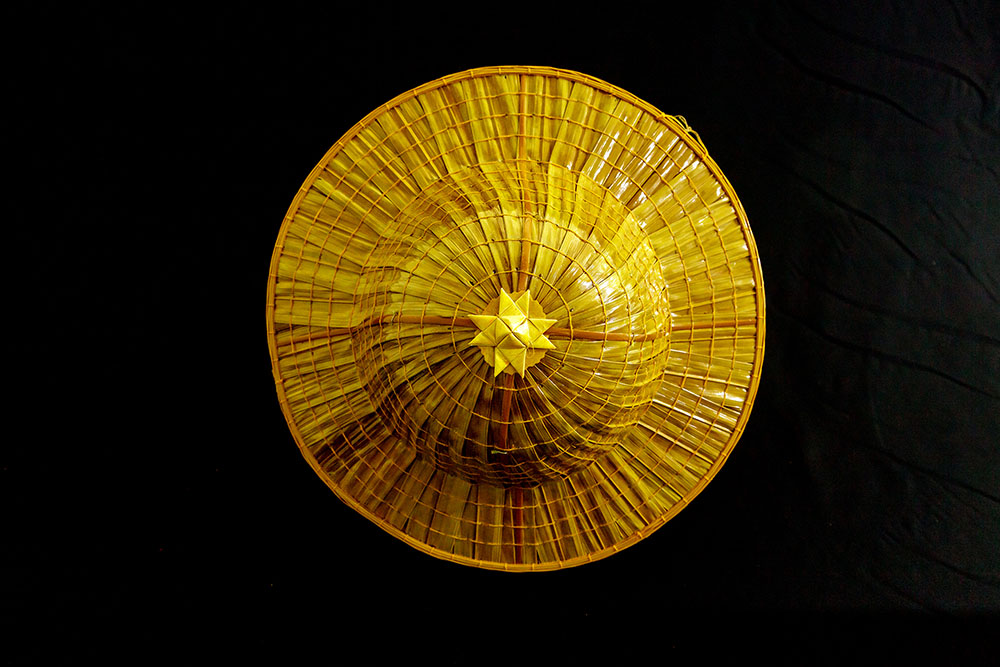 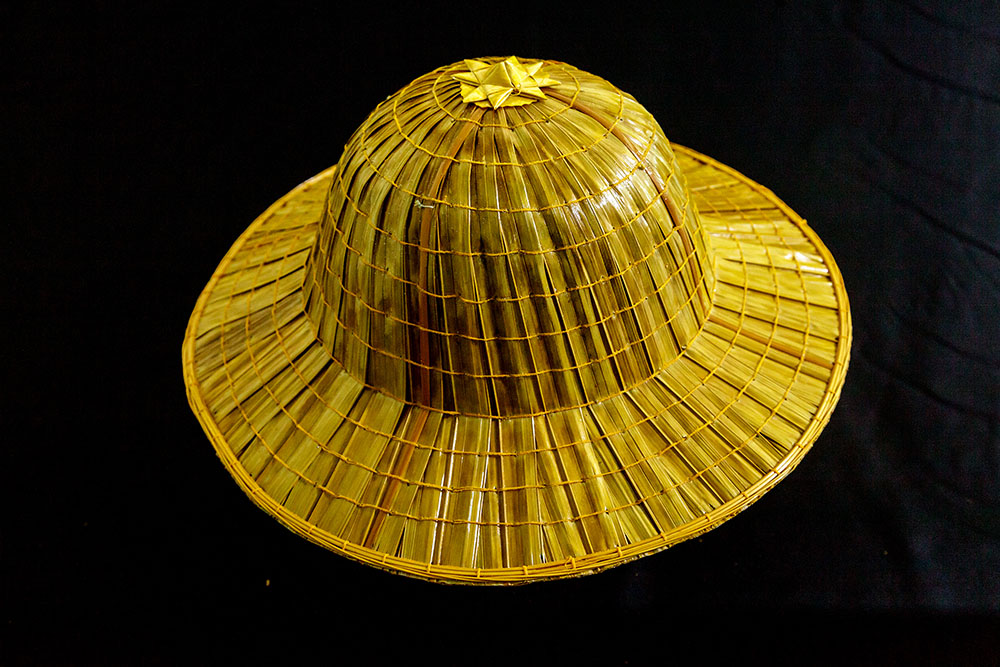 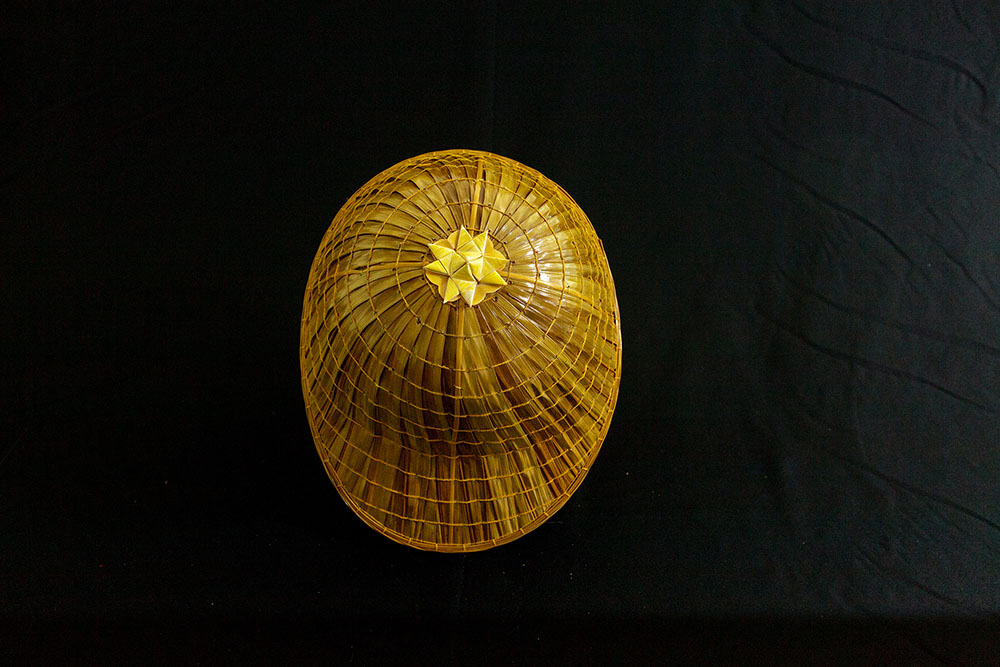 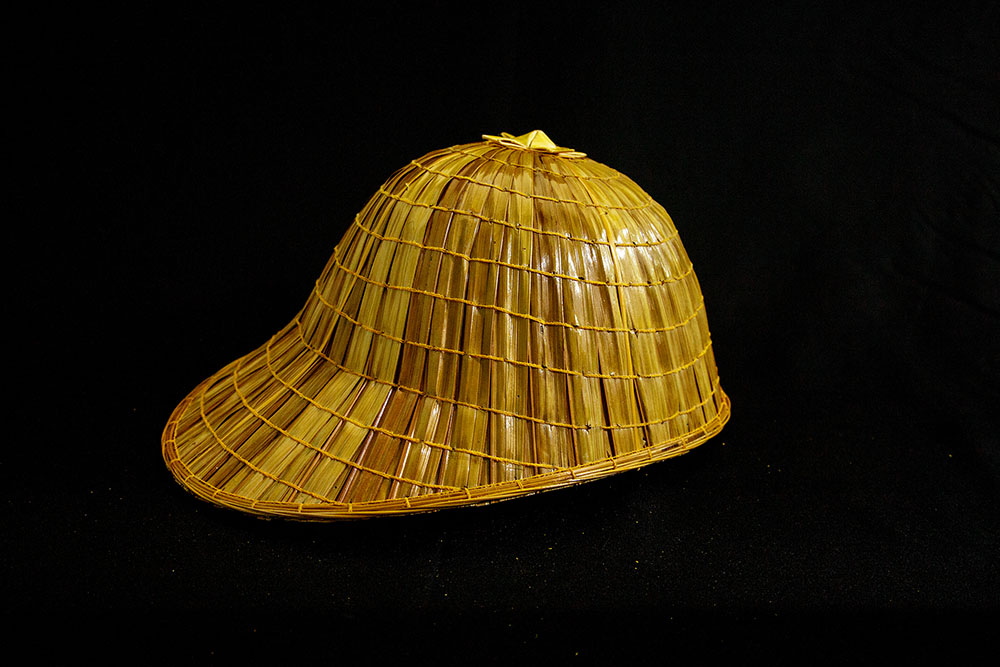 Trat province is one of major sources of country to produce a dried nipa palm leaf hat, or most people referred to as Ngob. There is difference from the central region Ngob that made of palm leaves, thus becomes a symbol and originates the name of Laem Ngob district.