Mr. Siri Aphiwat, chairman of “Tha Prik” farmer group, proudly presents his collection of ancient stone axes that he own and narrated the story of ancient stone axes collecting since his childhood. The story began with the visited at the national museum in Bangkok, where he discovered many ancient stone axes and wonder that in Trat province may contain some of these axes. He then started to research about ancient stone axes. The first prehistoric tool he found was an ancient stone axe that the village elders called “Kwan Fah”, which named after the lightning that usually strike on the place where it was found. Thai fighting cock gangster seek Kwan Fah axe, for there is a belief that when put “Kwan Fah” in the Fight cock henhouse, it will make the fight cock’s hen gave birth to the great fighting cock. Moreover, Mr. Siri Aphiwat also collects many of other ancient tools, such as cracked axes, polished stone axes, round axes, grinding stone. 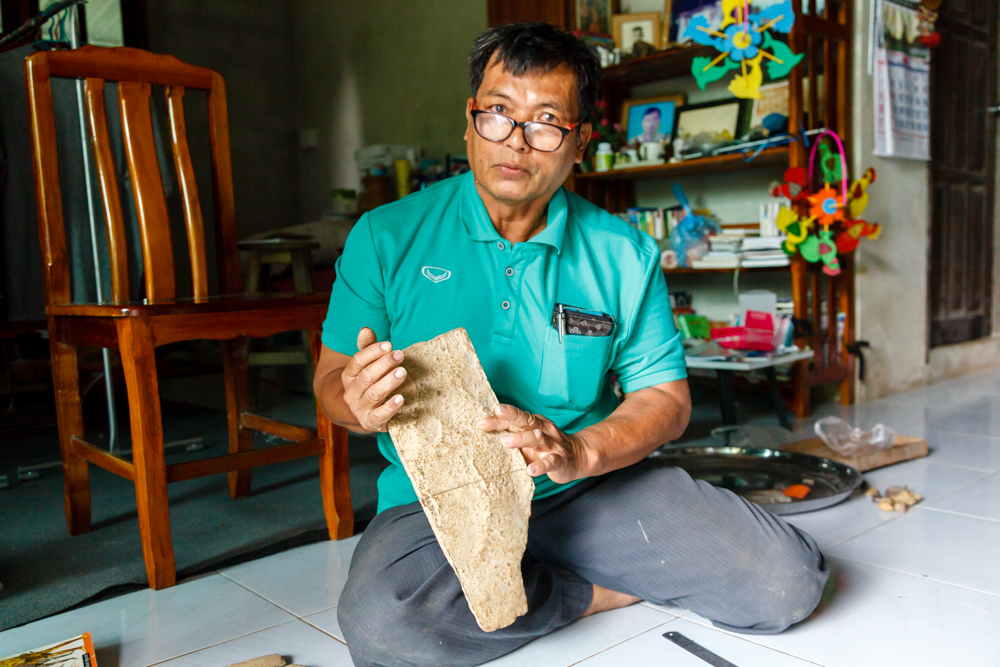 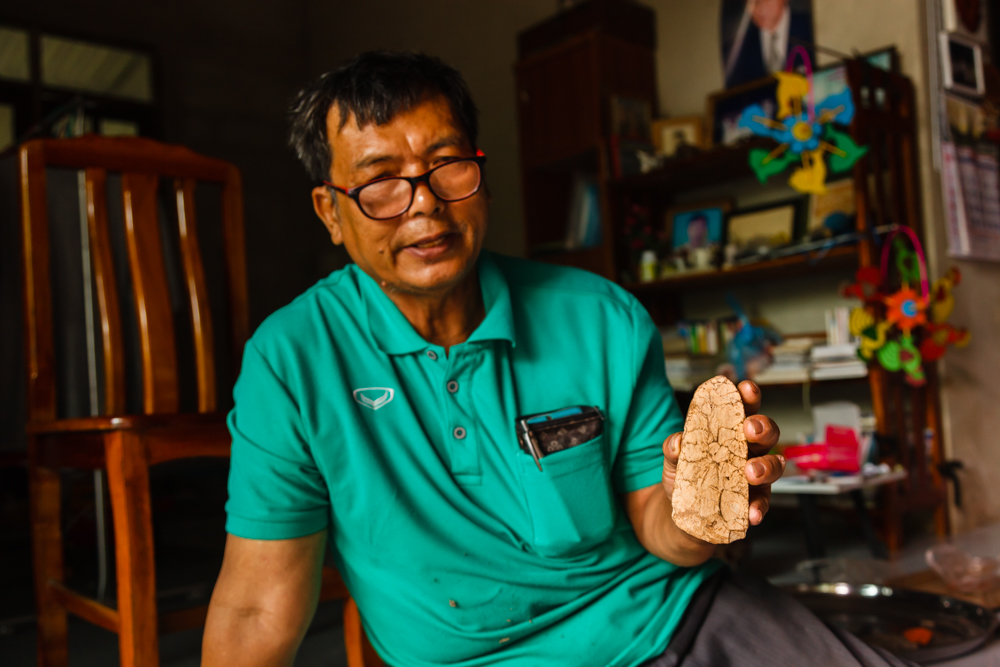 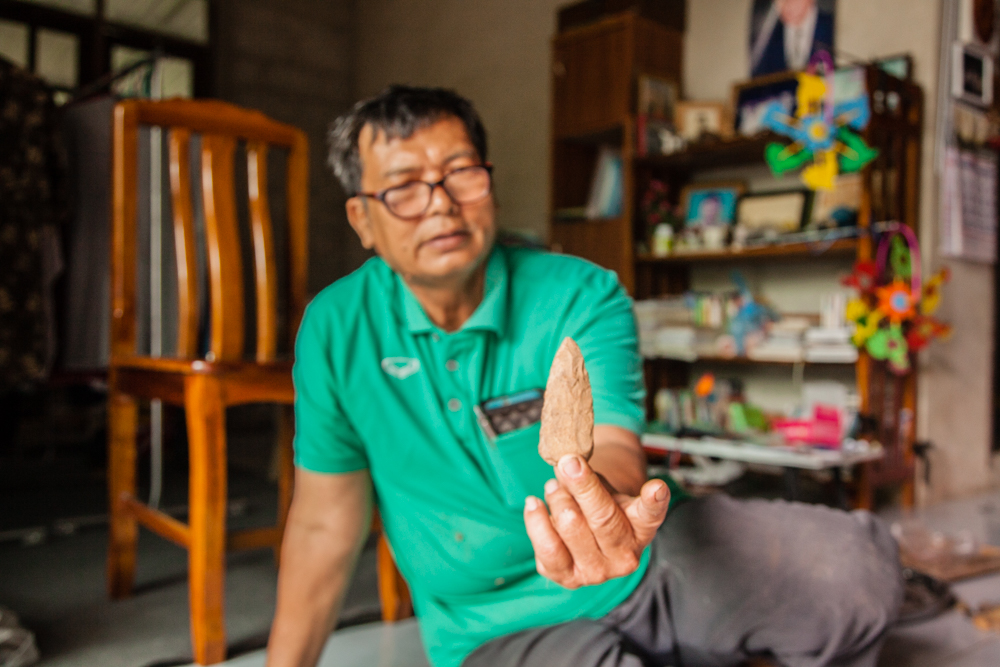 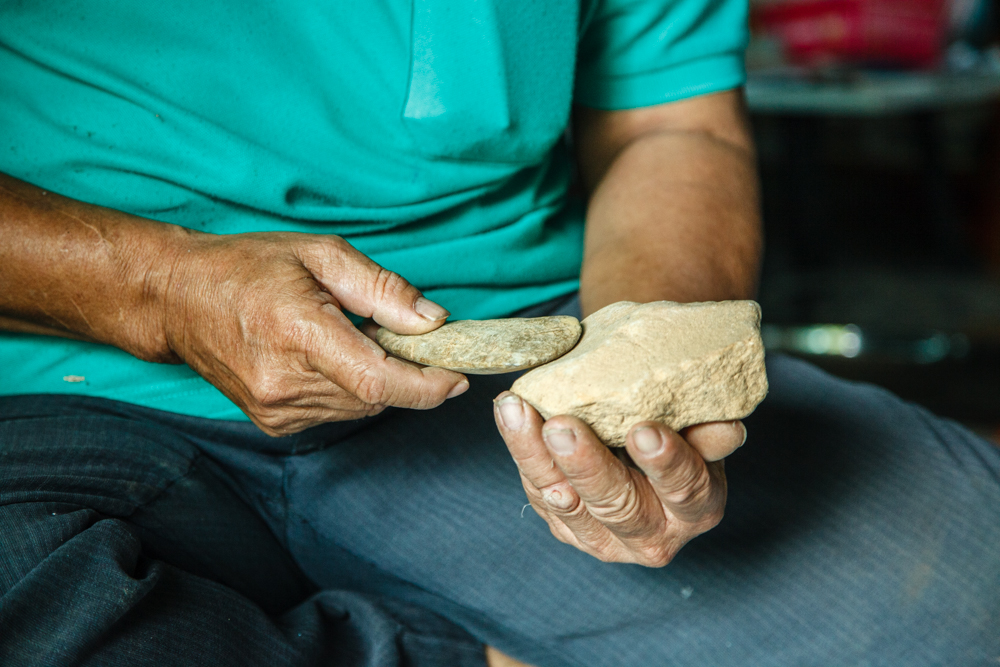 Generally, Polished Stone Axe is not an interesting object, because of their plain shape and color, especially when exhibiting in museum; no one would like to look at it. However, this ordinary item has some important; because it is the only evidence of the Lithic Technology evolution that can be adapted to a variety of useful applications. From household appliances, jewelry, weapons, sacred idols, materials, or even a plaque on the coffin can be made, depends on properties of rock. Forming and finishing with many techniques such as cracking, punching, nailed sting, grinding, scraping, polishing, cutting, or even burn and bury color inside, in order to obtain objects with different shapes and colors as desired. Efforts to create a desired object made humans seek out ingredients and resources far away, which lead to human communication and also fight each other for the limited resources.1 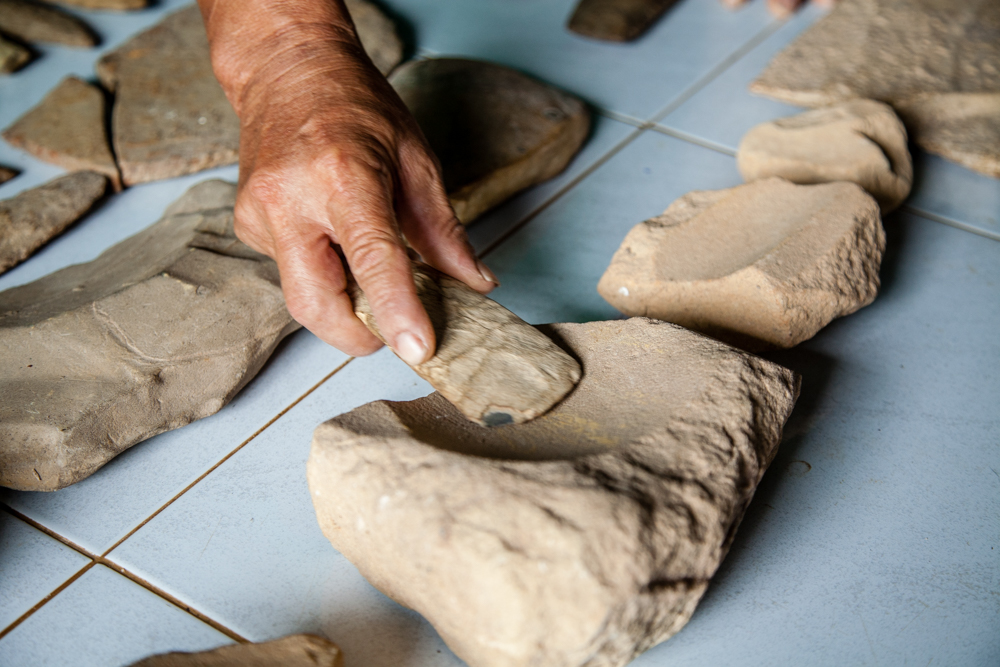 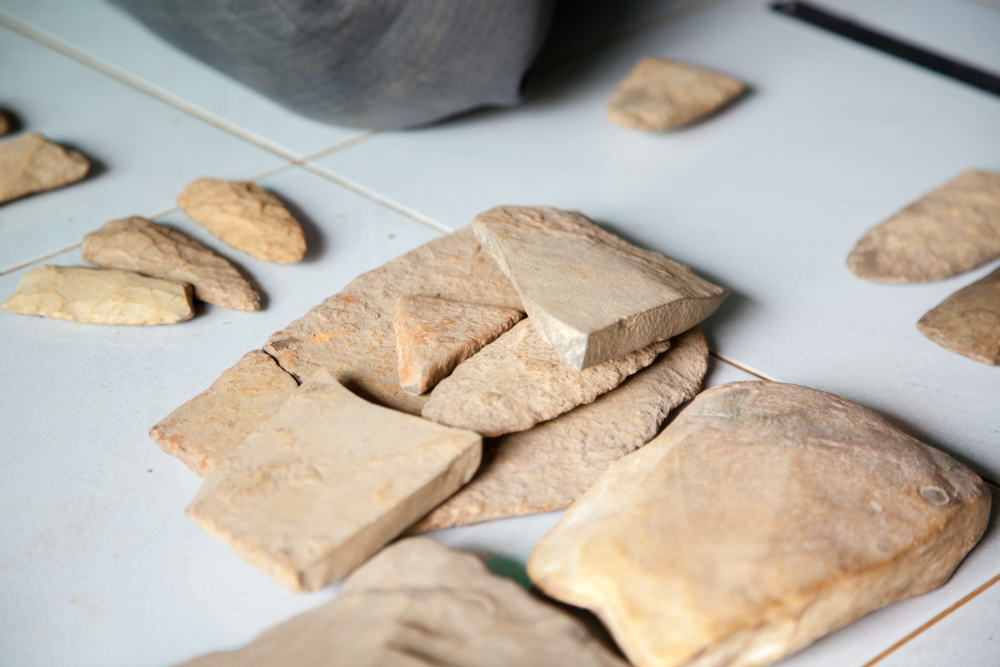 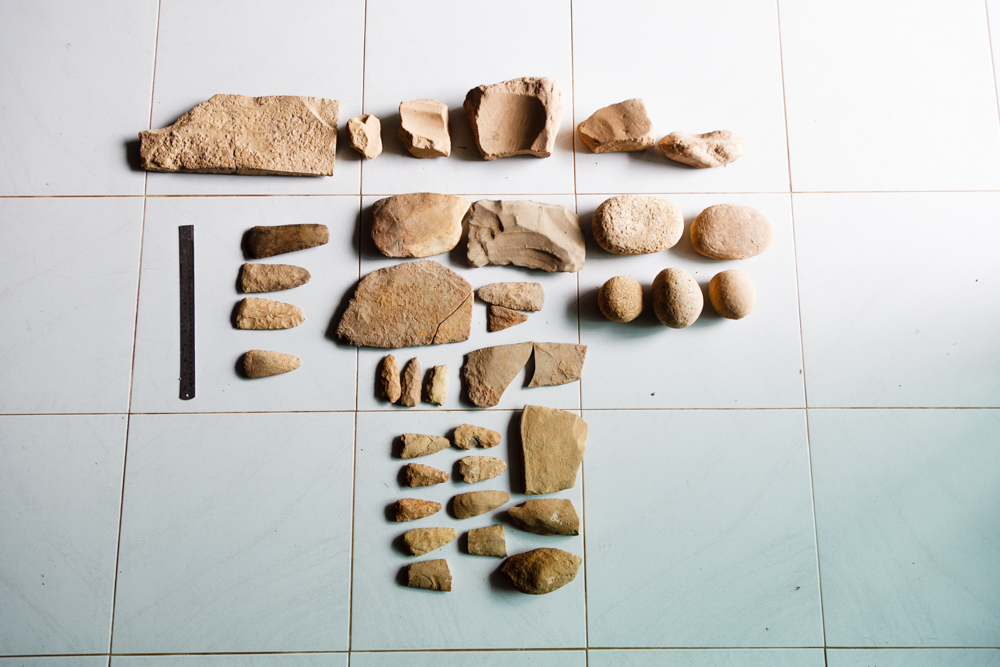 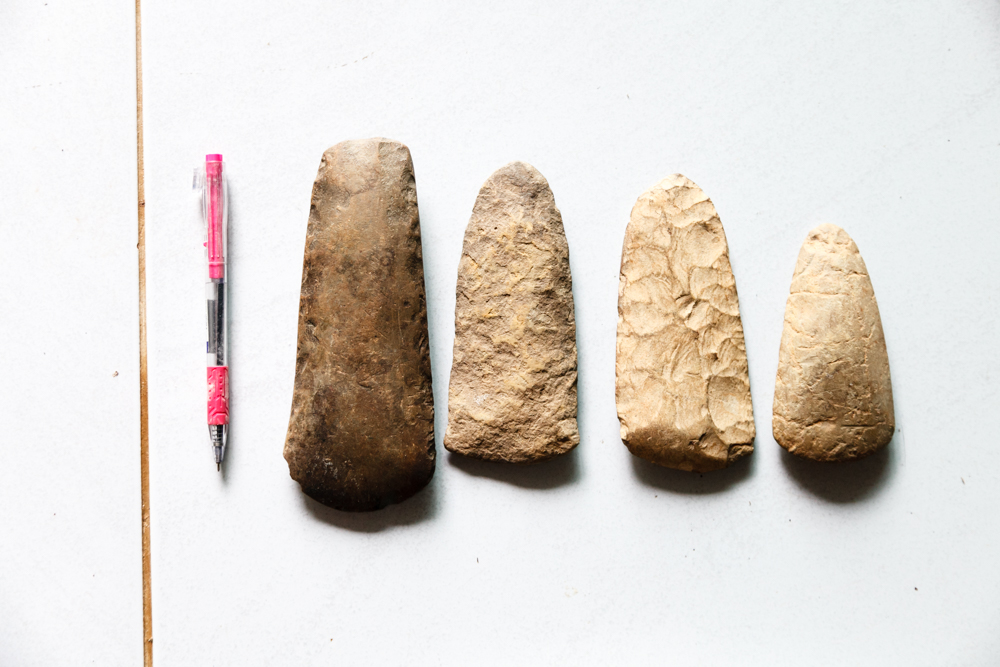 In some conclusion, Trat is one of the ancient communities, that many of ancient stoneware were founded here. At present, Tha Prik villager call this axe “Khwan Fah” where it usually be found under the lightning strike, which linked to their belief to put “Kwan Fah” in the Fight cock henhouse, and make Tha Prik fight cock renowned as the great fighting cock, that fight like lightning.